Valheim How To Get Iron

If you’ve managed to get yourself some bronze gear and leveled it up you may be wondering how to get iron in Valheim. It’s actually fairly simple although a little dangerous. There’s some really cool weapons you can craft with iron in Valheim. My two favourites are probably the Iron Sledge and Frostner, the iron mace.

Where To Find Iron In Valheim?

Iron can be found in the swamp biomes of Valheim. Specifically the Sunken Crypts that are dotted around the larger swamps. You may find smaller swamp biomes near the starting island that don’t have any Sunken Crypts at all but if you venture out slightly further you’ll come across them. They’re actually fairly common. Be careful though! Many dangerous things are lurking in the swamps of Valheim. There are draugr, wraiths, giant leeches and more just waiting to kill you and reduce your levels. 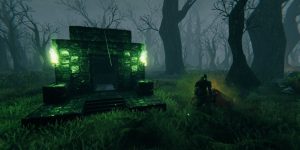 To access the Sunken Crypt you’ll need to have a swamp sey. The swamp key drops from the second boss called the Elder so you’ll need to defeat the Elder before you can unlock the crypts and start getting iron.

How To Get Iron In Valheim?

Once you’ve accessed the sunken crypts you’ll enter a series of rooms connected to each other. Most of these rooms are blocked off by muddy scrap piles. These muddy scrap piles will give iron when mined.

Interestingly you don’t need a bronze pickaxe to mine these, an antler pickaxe will do just fine. In fact I recommend it because you can repair it on the go at a workbench and you can’t with a bronze pickaxe. 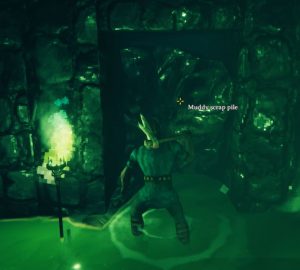 In the following rooms you can find rubies, amber, pearls, gold, withered bones (used for summoning the third boss) lying on the ground. You’ll also find chests with a few items including decent amounts of iron, if you are lucky. Somewhere in the crypts will be the stone that tells you the location of the third boss. There will be enemies in some of the rooms (draugr and slimes) and you may also find some draugr spawners.

Best Way To Get Iron In Valheim?

Mining each muddy scrap pile down to nothing would be the most efficient way to get the most iron out of one swamp. However, the fastest way to get iron would most likely be too simply clear a path from room to room looking for the chests. The muddy scrap piles only give a small amount of iron for the time it takes to clear the whole thing. The chests have stacks of 10-15 although sometimes have none. If you get unlucky you might not get iron from a few chests in a row but one good chest is still worth like three or four full muddy scrap piles. 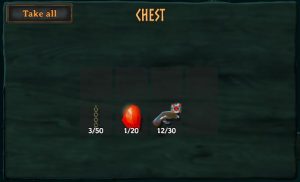 How To Get Iron Back To Base

You can’t travel through portals with metal in Valheim so you’ll need to bring it back to base on a boat. If your base isn’t near the shore you may need to also use a cart part of the way to haul it back across land. As soon as you get back to base I recommend making 100 iron nails first thing. You’ll most likely want to go for at least one more iron run and the iron nails will allow you to build a longship which has a much, much larger storage capacity. With one more full run in your shiny new longship you can probably get enough to get you through to the next stages of the games where you’ll be going for silver.

I’ll be writing an article on How To Get Silver so check back here soon for that! I have already made a video for getting silver on my YouTube!