If you missed it you can find part one here. There are many dangers in the world of Valheim, especially if you’re not well prepared. Unlock many games, where death actually means very little, Valheim punishes players for dying by lowering their hard earned stats by a % for every death. So it’s best to be as prepared and as knowledgeable as possible. These Valheim 5 tips and tricks for beginners will hopefully help to keep you alive in the first stages of your adventures.

Burial chambers are some of the first dungeons you’ll come across in Valheim. They are found in the Black Forest randomly generated but they usually have a few skeletons lurking outside the entrance. So if you find some skeletons you can probably bet there is a Burial Chamber nearby. The only other dungeon in the Black Forest is the Troll Cave.

You’ll need to venture into a Burial Chamber before you can make it to the bronze age. This is because you’ll need Surtling Cores to build your smelter and charcoal kiln (for producing large quantities of coal). Surtling Cores can be found in other ways too but you won’t be anywhere near those options at the early stages of the game.

There are a decent number of skeletons inside the burial chambers and it is very close quarters combat. It’s advisable to bring a shield and if you have the materials to craft it, Stagbreaker. Although any mace will do as skeletons are weak to blunt damage. More about that in the next tip! 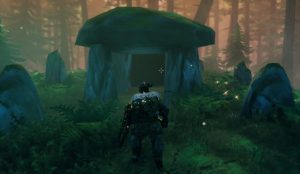 There are various types of damage in the Valheim. Some have benefits against certain types of mobs. The most basic/ main types are blunt, slashing and piercing. You can see the amount and type of damage your weapon does by hovering over it in your inventory. You can see how effective your weapon is  against a certain enemy by the colour (and size) of the damage numbers. 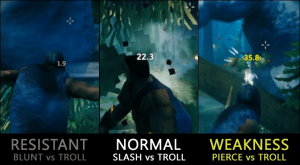 Currently you can’t grow blueberries and raspberries in Valheim. They do however respawn on the bushes that are dotted around the map. Raspberries can be found in the meadows while blueberries are found in the black forest. I would avoid eating these on their own as they are used in several cooking recipes later in the game. Due to the fact you can’t grow them it’s somewhat difficult or time consuming to have an abundance of these. It’s a good idea to always collect them when you see them while travelling. You can also mark any bushes that are near your base on the map so you can frequent them whenever you think they’re ready to be collected again. 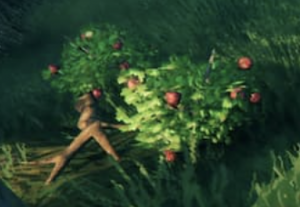 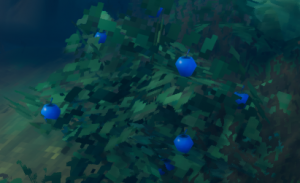 This one is very simple but can be incredibly useful. I didn’t try this for the first many hours of gameplay as I did not expect it to work. Basically, you can continue to charge your bow shot while jumping. You can also release the arrow mid jump. This can be extremely useful when trying to kite enemies (shoot, run away, repeat). If you jump and start charging your bow immediately you’ll maintain your momentum and start the charge on your bow shot. You can continue to walk while charging and when ready can jump and do a 180 no scope :D. This is probably the best way to keep momentum in these types of fights and is a handy skill for any bowman. 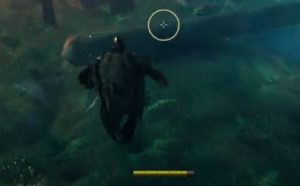 When an enemy is staggered you can deal bonus damage if you hit it again fast enough. When you hit a staggered enemy your damage is increased, there is an audio cue and a visual red spark effect. There are a couple ways to stagger opponents.

Mobs can be staggered by any damage, even bows. You’ll notice that the enemy stops in their tracks and starts to flail around as if dazed. This state lasts a couple seconds so you have to be quick on your next attack. The time to charge a bow can sometimes be too long if the enemy is far away so you may want to release before full charge to take advantage of the stagger bonus.

You can also guarantee a stagger by parrying an attack. Parrying is similar to other games such as dark souls but is somewhat easier in Valheim. All you have to do is block at the right time, just before an enemy’s attack hits you, and you will stagger them. Following this up with an attack will do BIG damage. 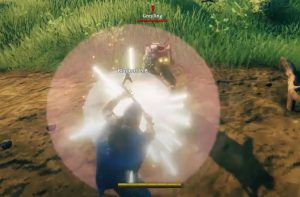 I’ll be doing a series of these Valheim 5 quick tips and tricks for beginners articles so keep an eye on the Valheim category on NoobForce if you are keen to catch these! If you’re curious about the lack of a creative mode for Valheim, or perhaps you really enjoy building but don’t want to have to farm for hours to get the resources… Check out this guide on how to access creative mode in Valheim.