Vault Hunters is a modpack developed by Iskall85 and is the official modpack that has been played and streamed on Twitch by CaptainSparklez, iskall85, hbomb94, Stressmonster101, AntonioAsh, Tubbo and Fundy on the official Vault Hunters SMP.  The Vault Hunters modpack has the player set out on a journey to collect 16 relics from the depths of the vault. Race against the clock while inside The Vault, fighting your way through increasingly challenging mobs, hunting for incredible loot, and confronting unique bosses. I’ve been playing this modpack on my own stream too, and many people have asked me how to play vault hunters, so I thought I’d put together a quick installation guide.

Season 2 of the official Vault Hunters SMP see’s new blood and new hype. Tubbo and Fundy were amongst the new additions to the Vault Hunters SMP for season 2. With these big names being added more and more people are looking to get involved with vault hunters and play alongside their favourite streamer, not literally, but playing the same modpack while watching. So, how can you play the Vault Hunters modpack?

Firstly you’ll need to install Curseforge. Curseforge is an application that allows you to easily mod various games. They have a plethora of modpacks available for these games and they make it incredibly easy. You don’t need to mess around with mod folders as Curseforge does all of this for you. I’ve made a video on how to install Curseforge here. In that video I also cover how to add RAM to the modpack and change the modpacks version. You’ll most likely want to add RAM to any modpack you play and I would recommend at least 6gb for the Vault Hunters modpack. 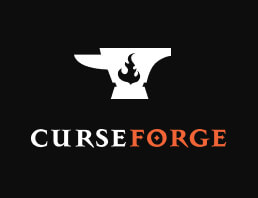 How To Install Vault Hunters Modpack

Once you’ve installed Curseforge it’s a very simple process. Select Minecraft from the selection of games available on Curseforge. This will bring you to your home screen which should be empty as you haven’t installed any modpacks yet. This is where you’ll see all the packs you’ve downloaded or created yourself.

Move over to the ‘Browse Modpacks’ tab. From here you can search through their archive of available modpacks. Use the search bar to search for ‘Vault Hunters’. You’ll see both the official and the pre-release version. Make sure you download the correct version. Simply click install on the right side. Once installed you can see the modpack in your ‘My Modpacks’ tab. From here you can change the profile options, to add RAM as an example, and launch the pack.

How To Get Started In Vault Hunters

Vault Hunters starts off as a very vanilla plus feeling modpack at first, with all mods locked behind skill trees and vault levels. You’ll need to defeat the Ender Dragon and get your hands on some PurPur blocks to build the Vault Altar. From here you’ll be sacrificing vault rocks and a host of other resources to create Vault Crystals, which act as a sort of key to open a portal to The Vault.

I’ve made quite a few tips and tricks videos for the Vault Hunters modpack. They can all be found on my YouTube channel in one playlist here.