Holiday Giveaway: Win a Copy of Minecraft Java Edition from The Frog Queen! 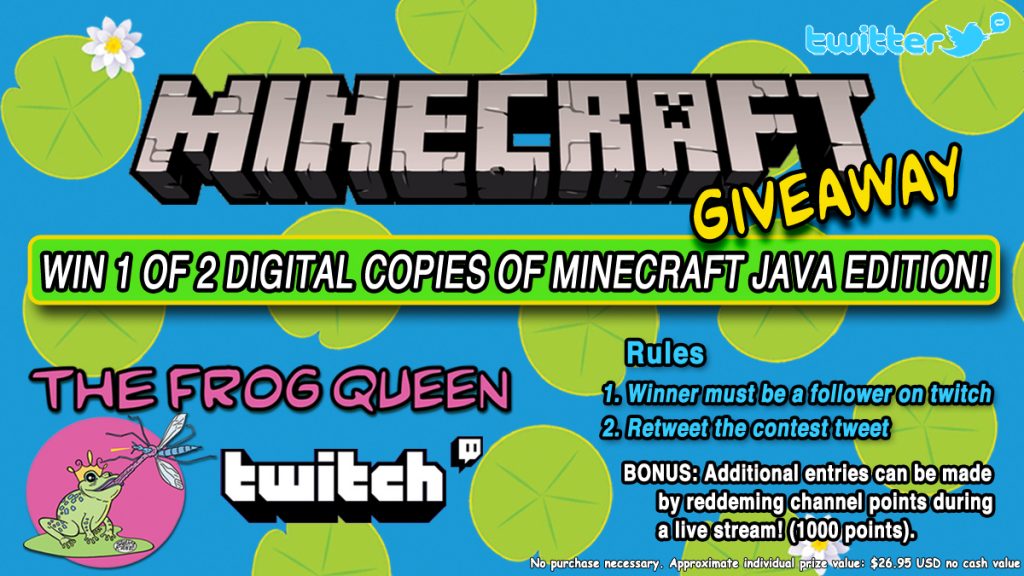 Starting December 15th and running till December 31st, you can enter to win one of two copies of Minecraft Java Edition simply by watching The Frog Queen on Twitch!  The contest rules are as follows:

You must be following The Frog Queen on Twitch.

You can gain additional entries into the draw by collecting and redeeming channel points by watching The Frog Queen’s livestreams on Twitch!

Author thefrogqueen
NoobForce is a group of gamers who enjoy playing games and sharing their content with their community.
Connect With Us
Comments
NoobForce Live
Share This
Recent Posts
Copyright © Noob Force 2020 | Privacy Policy